I want to sincerely thank Nexos Comunitarios for allowing me to participate in life-changing service-learning opportunity in Peru. This experience was a challenging one, but it was extremely rewarding. Thanks to the enduring partnership that Nexos has with the community and the community-driven nature of the organization, we were able to assist this community in promoting health among their school-aged children.

Students from Western University, including me, volunteered at a school in Cuncani. Cuncani is an extremely impoverished, isolated, and rural area without hot-water access and the nearest town being a 2-hour trek away. Through working with the children living in this region, I got the chance to apply my learning about global health, health promotion, and the social determinants of health from my lectures at Western University. I watched all of my textbook learning come to life and I understood the importance of so many different health concepts. 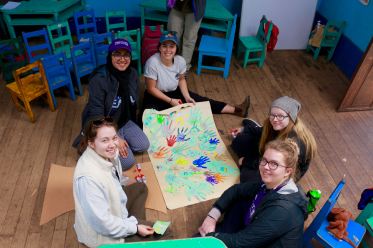 This program was developed using certain facets of the health promotion framework including process documentation and effective program development. I was thrilled to have taken part in promoting health education and teaching the children about germs, health, and hygiene. Without the long-standing partnerships between Western University and Nexos Comunitarios, I would have never realized that such a beautiful community like Cuncani existed and that I could play a role, albeit small, in the health promotion of this community.

When we were there, we improved certain hygienic practices such as hand-washing and introduced low-cost microscopes, called Foldscopes, to allow children to explore the microscopic mechanisms of germ-spread. We were also involved in the pedagogical documentation of these children in order to track their development and learning. Finally, we developed marketing materials (such as photographs and testimonials) to promote tourism in Cuncani so that hikers and other adventurers who are exploring the Andes can stay in the houses of these families to help generate income within the families.

Furthermore, I realized how difficult it was for me to live in the mountains, yet how accustomed such young children were to this area. It was truly inspiring to see their resilience towards the altitude and the lack of hot water. This experience taught me that so many different factors can play such a huge role in the health of a community such as the living environment, community social support, isolation, food-availability, and education. All these components must come together and be considered when aiming for health promotion.
Another notable feature of this community was that these families were almost entirely self-sufficient. Living in such an isolated and rural area, they had adapted to their environment by making their own clothes and farming their own food, in which many traditions were passed on since the spectacular culture of the Incan empire. Most of them had even made their own houses! They all owned animals including alpacas, chicken, and sheep and they utilized their resources in any way that they could. Manure was repurposed as fuel for the fire and also fertilizer for farming. The community in Cuncani taught me that the human-spirit is incredibly strong, and that people can tame the mountains to make it their home. 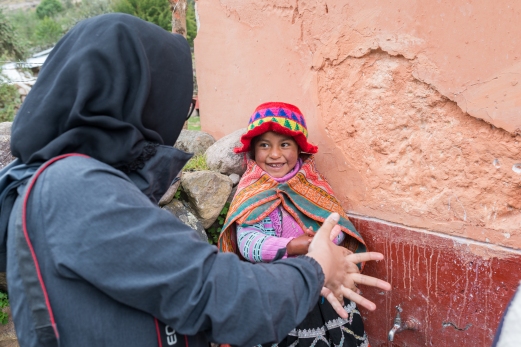 After returning to Lima and going to a memorial regarding Peru’s recent political history, we learned about the horrific genocides from terrorist groups against Peruvian aboriginal communities. Coming out, I felt that this paralleled some of the aboriginal issues that Canada deals with. This experience further highlighted the importance to support Cuncani due to its aboriginal roots and the systematic isolation. In this way, I feel that I learned more about Canadian history and realized that human history is extremely similar worldwide.
This service-learning opportunity was truly remarkable and has allowed me to grow both academically and personally. Not only was I able to use what I had learned in class to assist in a community-driven project, ASB Peru helped me to learn valuable lessons about gratitude, resilience, and cultural competence.