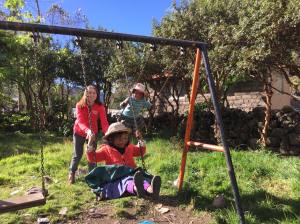 I would just like to start by thanking the community of Cuncani, they welcomed us with open hearts and much patience. I would also like to thank Nexos Comunitarios, their vision is inspiring, and our trip would not have been the same without Maricarmen and Kenji’s hard work.

Leading up to the trip I had been told to “not have expectations,” “be flexible,” “be open,” so before going I was trying to erase anything I might have known about what was to come. As I was stepping on the plane I thought I was ready, and in a sense I was: I was happy to do whatever was needed for the project, I was excited to hear from the community and learn about an entirely new culture. However, I was very unprepared for the impact it would have on me and the extent to which it would reach. Having been on a previous service trip, I did have the expectation that I would learn a lot; however, this trip reached far beyond any initial thought of learning, it changed how I viewed relationships, isolation, community, pride, teamwork, and the expression of love just to mention a few. 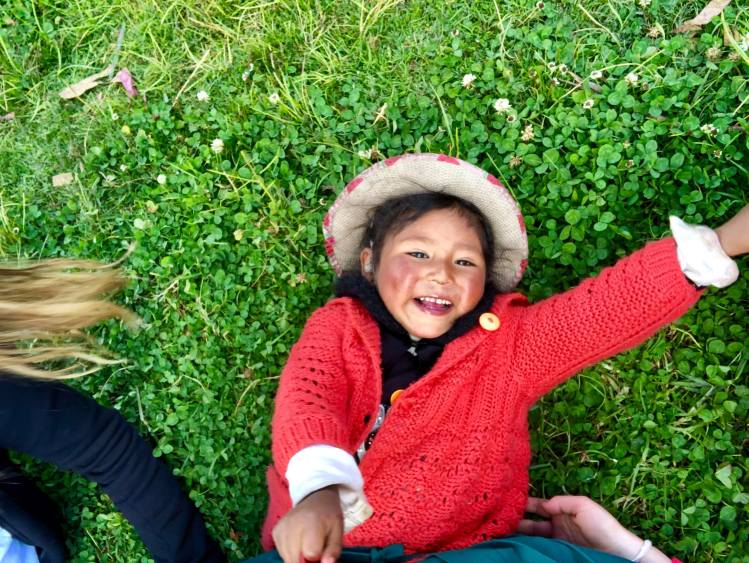 We had a couple days in Urubamba to acclimatize to the altitude and to learn more about the project, but soon we were on the winding road leading to Cuncani. It was quite a difference in lifestyle from what most of us were used to, however, the almost raw connection allowed us to have an experience like no other. The breathtaking views and the crisp morning walks along the road in the community were worth the early start.  Every day we would work alongside the students using soccer as our method of developing cognitive and non-cognitive skills. We were each assigned 1-2 students from the 3 groups to specifically observe for changes in effort, engagement, teamwork, respect, etc. One of the lessons learned early on is the lack of language actually needed to communicate. Drills could easy be taught through overdramatic skits, and simple laughter and smiles can build pretty strong bonds.  Outside of playing soccer, you could usually find us playing with the students who were too young to play. Activities such as swinging and doing gymnastics on mats while simultaneously playing chase after the ball, while also running a puppet show (that really only consisted of two characters) were quite big hits. 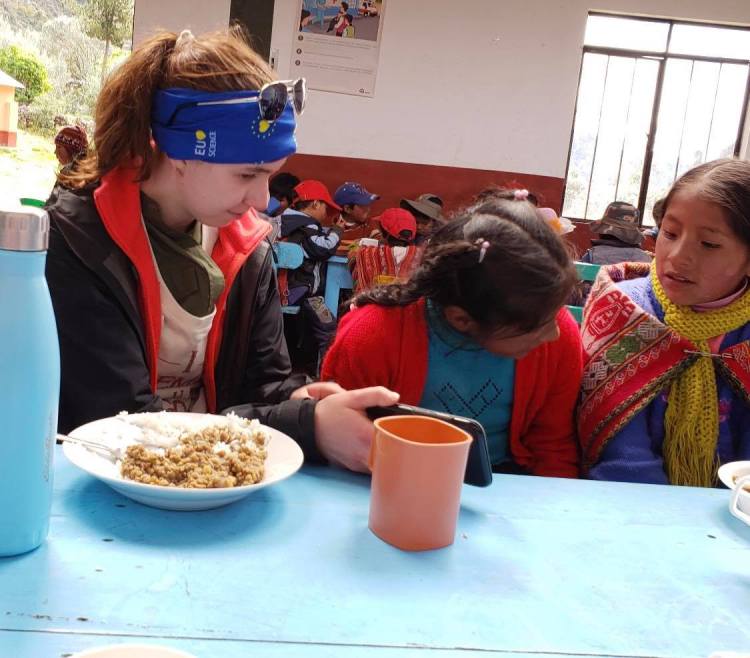 We were very fortunate to be able to interview some of the teachers to learn their perspective. The humility and unbiased nature they exemplify was inspiring. Furthermore, the passion they show towards enhancing education for their students to provide them with the most opportunities is astounding.  It also opened my eyes to the struggles the community faces and also where on many occasions, theirs flourishes, and my own community has shortcomings. One even took time out of his evening to give us a basic lesson in Quechua their native language, he also welcomed us into his home to allow us to learn more about their traditions and interview him for our report.

When we returned to Urubamba, we were able to reflect on the time we spent in the community and also analyze the data we had collected.  We were very fortunate to be able to visit Machu Picchu and learn the vast history surrounding the site. However, the highlight of the trip was the small moments spent in Cuncani: galloping around in a circle with the primary school kids and spontaneously falling down, running after rogue soccer balls, and looking out over the isolated mountain landscape.

One of the most challenging parts was leaving the community. It is hard to leave a place where you see so much potential that just lacks the basic opportunities and privileges we are accustomed too. The happiness from the students is contagious, and there is still more to learn. As the one professor stated “the students are people who generate light” and there is a Quechua expression used and the idea of the phrase is “they are like the first stars that come out at dusk and how they form the constellations.”